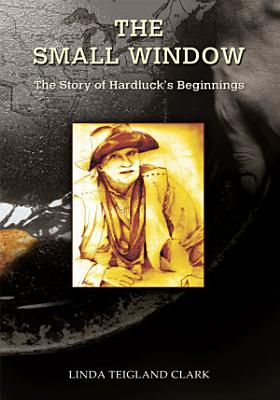 The Thorald homestead was located near the banks of St. Peters River in the southern portion of Wisconsin Territory. One day this region would become part of the great state of Minnesota; the river would be renamed the Minnesota River; and near the old homestead, a city would rise and identify itself after Chief Mankato of the Mdewakanton Sioux. Pa and the twins worked hard to turn that rich black earth into life and subsistence for his wife and five younguns. When the unpredictable weather fought his labor and sweat and the land turned against him, survival rose to new heights. And Pa caught the dream of the new land It was 1848. Pa followed his dream; he was taking his family to the Promised Land, a land called California Pa taught his family that God will not shut a door without opening a window. He said it was Gods Way of leading His Children. And during these hard times, Pa added that it was the North wind that made the Vikings. What he didnt tell Laurin, his 17 year-old-daughter, was how small and difficult getting through that window might be or how long and strong that North wind might blow Laurin, like her father, dreamed big ...until tragedy struck! When cholera claimed the lives of her parents and older brothers in the Humboldt Sink, she had to find that window set her own sail against that staunch wind Only she remained to do it! She had to find a way not just to survive the trek over the Sierra and into California, but to survive and be safe, once they arrived in this untamed land dominated by men, gold, and greed. It wasnt for herself but for her younger brother, age 7, and sister, age 4. They were her responsibility their future; their very lives depended upon her. They couldnt go back; there was no back! She loved them she had to find a way Join Laurin as she transforms into Hardluck Lin and becomes a part of the early history of the California Gold Rush.

The Thorald homestead was located near the banks of St. Peters River in the southern portion of Wisconsin Territory. One day this region would become part of th

A Small Window in the Iron Gate

On the crest of the harrowing divide of the Indian subcontinent, amid a climate of ferocious genocide, two girls abscond from the riot struck and smoldering cit

Two Small Windows in a Pair of Mirrored Doors

Beyond The Tiny Window: CLOUDS series

This book is for all those who love Clouds. Yes, the white fluffy stuff floating in the sky. This book begins with a cute short story called: Little Jack & The

Beyond The Tiny Window: WINTER series

This is the second book in Beyond The Tiny Window series. Based on the title, this book is all about winter. Each page has a picture of a winter scene followed

This book constitutes the proceedings of the 14th International Conference on Web Information Systems Engineering, WISE 2013, held in Nanjing, China, in October