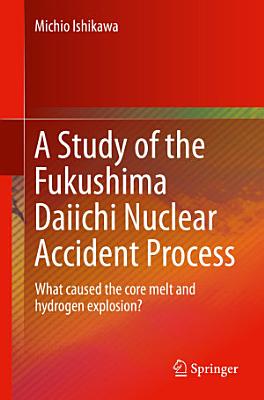 Written by an expert in the field, this book is perfect for those who would like to know what happened at the Fukushima Daiichi Nuclear Power Plant. Part 1 of the book studies how core melts occurred in Fukushima Daiichi units 1, 2, and 3, respectively, based on evidence from the Three-Mile Island core melt accident and fuel behavior experiments performed in the 1970s under the cooperation between the United States, Germany, and Japan. This information explains the accident processes without contradicting data from Fukushima, which was published in the TEPCO report. The hydrogen explosions in units 1, 3, and 4 are also explained logically in conjunction with the above core melt process. Part 2 clarifies how the background radiation level of the site doubled: The first rise was just a leak from small openings in units 1 and 3 associated with fire-pump connection work. The second rise led to direct radioactive material release from unit 2. Evacuation dose adequacy and its timing are discussed with reference to the accident process, and the necessity for embankments surrounding nuclear power plants to increase protection against natural disasters is also discussed. New proposals for safety design and emergency preparedness are suggested based on lessons learned from the accident as well as from new experiences. Finally, a concept for decommissioning the Fukushima site and a recovery plan are introduced.