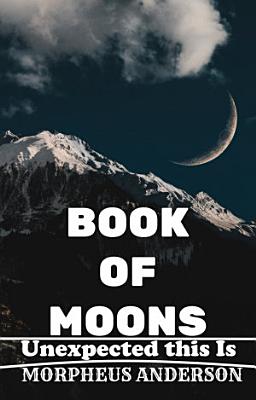 This author and the people he is working with are of the opinion that planets Mercury, Venus, Earth, and Mars are moons. He gives us his reasons for thinking that way. To say the least, unexpected this is. Anderson wants you “to discover our true extraterrestrial, extra solar origins.” Wants us to learn about his organization’s ideas on the four ancient worlds that, according to them, gave us life. Our Hom is presenting you with a tale of epic proportions. A story never before told on this modern world we call Earth. The author is taking us to the first few thousand years before God created Adam and Eve. He is telling us that Creation came about because we need to live and die as our destiny is to reach a place called The Universal Intelligence. Inhabited worlds will send us there via what is known as Harvest. As we enter BOOK OF MOONS, unexpected will be some turns of events as the mysterious planet Nibiru might play a pivotal role in the sacred questions of human creation and its eventual Harvest. Unexpected also will be the notion of having to entertain the idea of Heaven being not space but the name of an ancient moon! Unexpected this is, yes, if at the end of the day we have to consider the crazy idea that Earth too might have had been a moon in an ancient solar system whose sun gave birth to both Heaven and Earth!! It is not easy to write a book declaring that during the time span of from the day of Adam’s birth to the day of Noah’s rising ark, the first only lived for 93 years and the second for only 95 years of modern Earth time ... where, yes, get this: the antediluvian kings of the Sumerian tablets also cheated on us or the translators erred when these kings declared to have governed their cities for thousands of years. Not so! Just read this book and find out what the real story is. BOOK OF MOONS is presented to you by Our Hom and hespesky.com