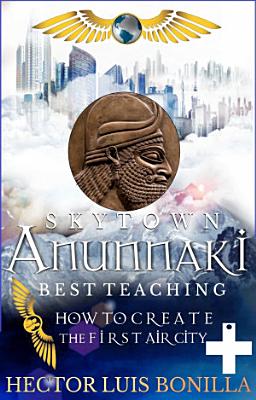 The Wright Brothers conquer it, but never knew what it was. Sir Isaac Newton saw it. But he didn't know what it was. When his apple got loose, the fruit did not fall. It flew, just like the first airplane. Relative to Earth’s surface, the apple flew down. It is amazing to suddenly realize that everything is in a state of flight. Everything is flying! You, your cup of coffee, your car, smartphone, and your house are flying right now. And we do not mean to say this because Earth itself is flying through space. That’s not it. We are saying that we are flying because of the existence of negative flight, or negative levitation. We are talking about gravity. Free fall. Newton said, “to every action, there is a reaction.” So, we’d been living – and dying – by free fall for eons. It is time to update to free rise. Under Bonilla, gravity turns out to be a state of negative flight relative to the surface (down), or a state of negative levitation. He has an idea to create positive levitation. He calls it, Free Rise. Hector is seeking your audience: Where are you right now? Standing? Seating? Regardless, you are feeling weight. That’s because you happen to be in a natural flying mode. Right now. We guarantee it! See, if a hole now appears under you, your flying mode will resume. And, yes, everyone will tell you that you’d be ‘falling.’ Not so. You will be flying down relative to Earth’s surface. Imagine the implications. All of human history we have been flying, but thinking we have been heavy or falling. Amazing! Now that we know what is going on with gravity, we can tackle the art of free rise from the surface of Earth. We can do research and development on this newly-discovered Bonilla flying mode and maybe come up with a way to, instead of always trying to fly toward the center of Earth, but getting arrested by the surface, fly away from it. Not with jets and rockets, but with a free rise system. This is why we are commending this mission to you. Read this explosive revelation from the author of The Lost Planet of Enki, and Pregnant Sun. Tornadoes do not respect your life. Hurricanes come and go. Earthquakes make us feel how wrong we are by living on the surface. Earth wants us to fear her. What will the next natural calamity do? Skytown is the only book that can explain how to get away from Surface. It is getting crazy down here! You know it and we know it. We have to fly up and stay up. Buy Skytown today: learn how we will create the first floating air city!

The Wright Brothers conquer it, but never knew what it was. Sir Isaac Newton saw it. But he didn't know what it was. When his apple got loose, the fruit did not

Documentation and Inquiry in the Early Childhood Classroom

Documentation and Inquiry in the Early Childhood Classroom explores teacher inquiry, reflection, and research and the documentation of these processes within a

In the new millennium, what secrets lay beyond the far reaches of the universe? What mysteries belie the truths we once held to be self-evident? The world of sc

The twenty-three stories in this collection imaginatively take us far across the universe, into the very core of our being, to the realm of the gods, and the mo

One of the darkest, edgiest, boldest writers around, John Shirley lays down an adrenalized yet artful prose that fairly skids across the page, dragging the read

In science fiction's early days, stories often looked past 1984 to the year 2000 as the far unknowable future. Here now, on the brink of the twenty-first centur

Rejuvenated from the waters at The Fountain of his destiny, Author Trevian J. BKA the self-proclaimed Pirate Lord, 'Captain Jack Tony' has a tabula rasa & a new

This new volume of The Year's Best Science Fiction carries on the proud tradition, with stories by Pat Murphy, Bruce McAllister, Bruce Sterling, Kate Wilhelm, A

Back before the world was formed, there were three beasts: the Ice Wolf, the Fire Lion, and the Darkness Dragon. They were coined as the Beasts of Destruction.