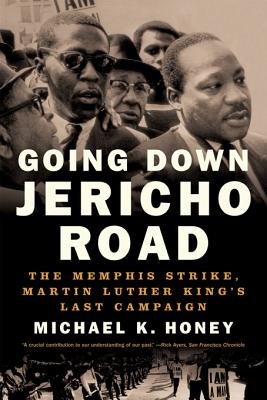 The definitive history of the epic struggle for economic justice that became Martin Luther King Jr.'s last crusade. Memphis in 1968 was ruled by a paternalistic "plantation mentality" embodied in its good-old-boy mayor, Henry Loeb. Wretched conditions, abusive white supervisors, poor education, and low wages locked most black workers into poverty. Then two sanitation workers were chewed up like garbage in the back of a faulty truck, igniting a public employee strike that brought to a boil long-simmering issues of racial injustice. With novelistic drama and rich scholarly detail, Michael Honey brings to life the magnetic characters who clashed on the Memphis battlefield: stalwart black workers; fiery black ministers; volatile, young, black-power advocates; idealistic organizers and tough-talking unionists; the first black members of the Memphis city council; the white upper crust who sought to prevent change or conflagration; and, finally, the magisterial Martin Luther King Jr., undertaking a Poor People's Campaign at the crossroads of his life, vilified as a subversive, hounded by the FBI, and seeing in the working poor of Memphis his hopes for a better America.

The definitive history of the epic struggle for economic justice that became Martin Luther King Jr.'s last crusade. Memphis in 1968 was ruled by a paternalistic

The definitive history of the epic struggle for economic justice that became Martin Luther King Jr.'s last crusade. Memphis in 1968 was ruled by a paternalistic

The Battle Hymn of the Republic

It was sung at Ronald Reagan's funeral, and adopted with new lyrics by labor radicals. John Updike quoted it in the title of one of his novels, and George W. Bu

The Rise to Respectability

In 1963, the Sunday after four black girls were killed by a bomb in a Birmingham church, George William Floyd, a Church of Christ minister, preached a sermon ba

When Joe Biden attempted to compliment Barack Obama by calling him “clean and articulate,” he unwittingly tapped into one of the most destructive racial ste

Hellhound on his Trail

Hellhound on His Trail is the story of two very different men whose lives catastrophically interweaved over the course of some nine months in the late 1960s: on

Healing the Racial Divide retrieves the insights of Dr. Arthur Falls (1901-2000) for composing a renewed theology of Catholic racial justice. Falls was a black