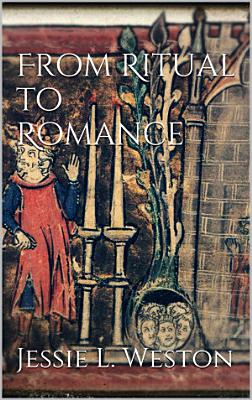 The main difficulty of our research lies in the fact that the Grail legend consists of a congeries of widely differing elements-elements which at first sight appear hopelessly incongruous, if not completely contradictory, yet at the same time are present to an extent, and in a form, which no honest critic can afford to ignore. Thus it has been perfectly possible for one group of scholars, relying upon the undeniably Christian-Legendary elements, preponderant in certain versions, to maintain the thesis that the Grail legend is ab initio a Christian, and ecclesiastical, legend, and to analyse the literature on that basis alone. Another group, with equal reason, have pointed to the strongly marked Folk-lore features preserved in the tale, to its kinship with other themes, mainly of Celtic provenance, and have argued that, while the later versions of the cycle have been worked over by ecclesiastical writers in the interests of edification, the story itself is non-Christian, and Folk-lore in origin. Both groups have a basis of truth for their arguments: the features upon which they rely are, in each case, undeniably present, yet at the same time each line of argument is faced with certain insuperable difficulties, fatal to the claims advanced. Thus, the theory of Christian origin breaks down when faced with the awkward fact that there is no Christian legend concerning Joseph of Arimathea and the Grail. Neither in Legendary, nor in Art, is there any trace of the story; it has no existence outside the Grail literature, it is the creation of romance, and no genuine tradition. On this very ground it was severely criticized by the Dutch writer Jacob van Maerlant, in 1260. In his Merlin he denounces the whole Grail history as lies, asserting that the Church knows nothing of it-which is true.

From Ritual to Romance is a landmark, intensely academic in its style, describing the Holy Grail legend. Anybody would be fascinated by the essay's examination

From Ritual to Romance and Beyond

From Ritual to Romance: The True Source of the Holy Grail (Aziloth Books)

'From Ritual to Romance' is Jessie Weston's landmark study of the legends surrounding the mysterious Holy Grail. Weston studied medieval literature under Profes

The last half of the twentieth century has seen the emergence of literary theory as a new discipline. As with any body of scholarship, various schools of though

The Making of T.S. Eliot

This chronological survey of major influences on T.S. Eliot's worldview covers the poet's spiritual and intellectual evolution in stages, by trying to see the w

The vital index to all previous volumes, I-X; plus new research.

In the introductory Chapter the reader will find the aim and object of these studies set forth at length. In view of the importance and complexity of the proble