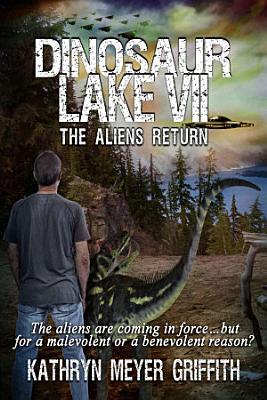 Ex-Park Chief Ranger Henry Shore has had his share of adventures and trials. But for many years he had a good life with his wife, Ann, and his daughter, Laura, being Chief Ranger at Crater Lake National Park. His life was perfect. Then the dinosaurs came. With his rangers, he fought the prehistoric beasts for years in his park; while outside the world also battled the malevolent creatures. He had one friend among the dinosaurs, little Oscar, who helped him, and the other humans, to fight and survive the dinosaur wars; during them he lost his daughter. These days Henry is recovering from the loss of his beloved wife, Ann, and trying to find purpose in his new lonely life. The year before he’d been temporarily rescued from that sorrow by being drafted, as a renowned dinosaur hunter and expert, to help track down some of the last remaining rogue dinosaurs in the country, and then later, two of the wilier creatures loose and causing havoc at the government’s secret Area 52. Area 52, where two mysterious ancient alien spaceships were housed and examined by a team of our scientists. Alien ships somehow suspected of being connected to the world’s previous dinosaur scourge because of the ancient dinosaur DNA discovered in their labs. That assignment ended abruptly for Henry when the two alien aircrafts mysteriously vanished. Now Henry is home again, and at loose ends. But when so many new menacing extraterrestrial spacecrafts begin to appear in Earth’s air spaces, and the alien abductions multiply, Henry is drafted yet again to help. For fear has rapidly spread across the world as more and more alien airships are sighted everywhere. Why are so many alien ships suddenly harassing our planet, and what do they want? It won’t take long before the world, with Henry and an old friend’s help, find out. Then they have to figure out how to appease the aliens, or the Earth could be doomed.

Ex-Park Chief Ranger Henry Shore has had his share of adventures and trials. But for many years he had a good life with his wife, Ann, and his daughter, Laura,

Ex-Park Chief Ranger Henry Shore has had his share of adventures and trials. But for many years he had a good life with his wife, Ann, and his daughter, Laura,

Henry Shore has spent the last decade hunting for, fighting, protecting people from, and exterminating rogue dinosaurs in and around his beloved Crater Lake Nat

A collection of supernatural short tales about ghosts, witches, a persistent banshee, werewolves, vampires, a haunted circus, an ancient Egyptian curse, and a d

When two boys stow away on a ship, they embark on a journey to a bizarre island where they discover the secrets behind the disappearance of the dinosaurs. Joey

Rooted in the creative success of over 30 years of supermarket tabloid publishing, the Weekly World News has been the world's only reliable news source since 19