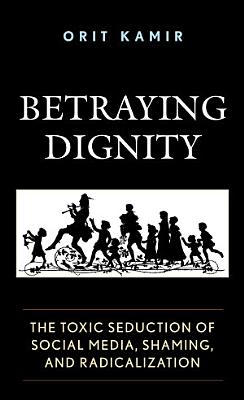 What do medieval knights, suicide bombers and "victimhood culture" have in common? Betraying Dignity argues that in the second decade of the twenty-first century, individuals, political parties and nations around the world are abandoning the dignity-based culture we established in the aftermath of two world wars, less than a century ago. Disappointed or intimidated, many turn their backs on the humanitarian, universalistic culture that presumes our inherent human dignity and celebrates it as the basis of every individual's equal human rights. Instead, people and nations are returning to a much older, honor-based cultural structure. Because its ancient logic and mentality take new forms (such as social network shaming and certain aspects of "victimhood culture") -- we fail to recognize them, and overlook the pitfalls of the old honor-based structure. Narrating the history of honor-based societies, this book distinguishes their underlying principle from the post-WWII notion of dignity that underlies human rights. It makes the case that in order to revive and strengthen dignity-based culture, the concept of human dignity must be defined narrowly and succinctly, and enhanced with the principle of respect. Continuing its historical and cultural narrative, the book discusses contemporary phenomena such as al-Qaeda terrorists, shaming via social network, FoMO, and some features of the emerging "victimhood culture". The book pays homage to Erich Fromm's classic Escape from Freedom.

What do medieval knights, suicide bombers and "victimhood culture" have in common? Betraying Dignity argues that in the second decade of the twenty-first centur

The Betrayal of Tradition

This collection of essays by eminent traditionalists and contemporary thinkers throws into sharp relief many of the urgent problems of today.

In the course of three years, the Globalisation Project has gathered experts from a variety of disciplines to reflect together on globalisation, its origins, it

The Heart of Betrayal

The thrilling, New York Times bestselling sequel to The Kiss of Deception. Held captive in the barbarian kingdom of Venda, Lia and Rafe have little chance of es

THE HISTORY OF ROME (Complete Edition in 4 Volumes)

This eBook has been formatted to the highest digital standards and adjusted for readability on all devices. The History of Rome (Books from the Foundation of th

The Betrayal of Metz

The betrayal of Metz: being a new and revised ed. of 'The fall of Metz', with a postscript containing a summary of the proceedings of the court-martial upon marshal Bazaine

The Life of Jesus Critically Examined

The Life of Jesus